In California, conveying a criminal threat is charged under Penal Code 422(a) pc making it unlawful for a person to make a threat to kill or cause great bodily injury against another or any member of the purported victim’s family.[1] This crime is labeled as a wobbler giving the prosecutor discretion to file felony or misdemeanor charges.

A felony conviction is punishable by up to three (3) years in state prison. Additionally, the crime is categorized as a serious felony applicable to California’s Three Strike Laws. Consequently, a conviction could carry a permanent strike on your record.

There are several ways a criminal threat may be accomplished, such as:

Not only is this charge applicable to a person directly, but it also applies to immediate family members[3] including: 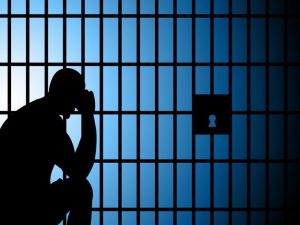 What Must the Prosecutor Prove?

To prove a defendant is guilty of making a criminal threat under PC 422(a), the prosecutor holds the burden of proving each of the following elements:

Criminal threat charges are largely based on evidence of a single person making an allegation without any corroborating evidence. This is also known as “he said she said” evidence and although legally sufficient, it may not be enough to convince a jury beyond a reasonable doubt. Especially when motivations to lie are revealed calling into question the validity of the accuser’s testimony.

Conveying a threat requires a person to harbor the specific intent that the statement is understood as a threat. However, there are instances where someone may make a statement jokingly or in jest or for harassment purposes and therefore lack the requisite intent.

Statements of “I’m going to get you” may not be legally sufficient to convey a threat since it’s too vague to interpret. The crime constitutionally requires a clear and specific threat versus a vague statement having different construable meanings.

The recipient of an alleged threat must be in a state of fear measured objectively. In other words, a criminal threat is not accomplished when the accuser is not in a state of fear that a reasonable person would be placed in. There are instances where the purported victim is too hypersensitive or is embellishes the circumstances.

To schedule a free confidential consultation with an Orange County Criminal Defense Attorney if you or a loved one is facing PC 422(a) charges, contact us today. Early intervention could be the difference between being convicted of a serious crime or avoiding formal charges altogether.

[1] California Penal Code 422(a) – defined (“Any person who willfully threatens to commit a crime which will result in death or great bodily injury to another person, with the specific intent that the statement, made verbally, in writing, or by means of an electronic communication device, is to be taken as a threat, even if there is no intent of actually carrying it out, which, on its face and under the circumstances in which it is made, is so unequivocal, unconditional, immediate, and specific as to convey to the person threatened, a gravity of purpose and an immediate prospect of execution of the threat, and thereby causes that person reasonably to be in sustained fear for his or her own safety or for his or her immediate family’s safety, shall be punished by imprisonment in the county jail not to exceed one year, or by imprisonment in the state prison.”)