Law enforcement is dedicated to reducing crime rate and has organized task forces specifically aimed to convict those who commit violent crime. With unlimited government resources at their disposal, law enforcement agencies and the District Attorney’s Office aggressively undertakes the task of ensuring that formal charges subsequently lead to a conviction.

Ordinarily crimes against a person, violent crimes are offenses that involve the use of force or the threat of force to a purported victim. Common examples of violent crimes are robbery, rape, murder, and domestic battery with corporal injury. Several factors are considered by prosecutors when determining how to charge someone. These factors include: whether a weapon was used; the extent of injuries; relationship between the parties; motivation; and the planning and sophistication for the offense(s).

Violent crimes in California have some of the most severe punishments in the country. An experienced Orange County Violent Crimes Attorney must understand tactical procedure and felony sentencing scheme and guidelines. Our office provides exceptional advice and effective representation to clients accused of all types of violent crime in Orange County, including:

Contrary to popular belief, not all felonies are categorized as “strike” offenses. Instead, either serious felonies or violent felonies are regarded as strike offenses. An underlying crime may qualify as a strike – e.g., robbery or murder. However, a non-strike felony could amplify into a strike offense if certain aggravating factors apply – e.g., injuries resulted in great bodily injury or the crime was carried out for the benefit of a criminal street gang. Consequently, a felony will double in the future for someone who has previously been convicted of a strike offense. California follows the three-strike sentencing scheme where a person faces a mandatory 25 to life sentence if convicted of three consecutive strikes. Accordingly, retaining an experienced and respected criminal lawyer is an absolute necessity when faced with severe consequences.

The Law Offices of John D. Rogers is devoted to conduct a thorough investigation into the facts and evidence of every case. Moreover, this requires questioning and interviewing all the prosecution witnesses, obtaining and testing all physical evidence, and mounting a defense early on.

Consult with an Orange County Violent Crimes Lawyer for Free

If you have been accused of a violent crime, you need to consult with an experienced Orange County Criminal Defense Attorney to discuss your options and start mounting your defense. Not every attorney handles defends against violent charges due to the stakes being so high. Thus, if you’re at the center of a serious allegation, a quality and respected attorney can make matters right. To schedule a free and confidential case evaluation, contact the Law Offices of John D. Rogers. Our office has extensive experience representing clients who have been charged with murder, kidnapping, assault, battery, and other violent related crimes in Orange County Superior Court. His office has an unmatched understanding of California’s sentencing laws and will explore every pertinent fact when mounting your defense.

Explanation of a California “Wobbler” Offense

In California, a wobbler is a crime that is punishable either as a felony or misdemeanor.  Typically, the District Attorney holds discretion about whether someone… 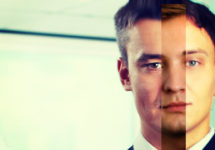 According to the innocence project, eyewitness identification is the greatest contributing factor to wrongful conviction proven by DNA testing, playing a role in more than…

When must Police Provide me with a Lawyer?

When a suspect is subject to custodial interrogation, law enforcement must admonish the suspect of their Miranda warnings. Part of Miranda provides that a suspect…