Any sex crime allegation requires retaining a skilled attorney to aggressively represent your rights. Sex charges carry lifetime consequences including length prison sentence and sex offender registration for life. There are several forms of rape charges – e.g., forcible rape, statutory rape, spousal rape, and more – all of which can be penalized by state prison time.

If you have been charged with rape, then it is critical to contact an experienced and respected Orange County rape lawyer to represent your interests. California rape laws can be complex and typically important issues are overlooked by those who lack the experience in handling serious sex cases. The Law Offices of John D. Rogers provides effective and immediate representation to those standing accused of rape. Our rape attorneys understand the serious nature of the offense and are prepared to explore every avenue to have the charged dropped or reduced.

Rape is charged under Penal Code section 261 pc making sexual intercourse with another illegal if it was non-consensual or carried out with fraud, force or fear, or the purported victim was unconscious. Rape is punishable by up to eight (8) years in prison if convicted. However, if the alleged victim was a minor at the time, your exposure carries up to thirteen (13) years in prison.

Among the severe penalties is the mandatory sex offender registration. Some call sex offender registration a “life sentence” because it carries life-long restrictions – e.g., must live further than 1,000 feet from a school, be subjected to GPS ankle monitoring, cannot be outside after 8PM, and not being able to have custody or visitation with your own children.

Ordinarily, rape investigations begin with the alleged victim filing a police report. Thereafter, the report is forwarded to investigating detectives. If there’s no physical evidence of the incident (rape kit), then it makes the case more challenging to prove intercourse ever occurred, unless text messages or an admission by the defendant. Typically, detectives will arrange for a “pretext” phone call (a recorded phone call) where the alleged victim will attempt to elicit inculpatory statements from the alleged suspect. These pretext calls can be damaging to someone if there are any admissions made.

Consent:  In most rape cases, such as to forcible rape, consent is an absolute defense.  To succeed on this defense, it must be shown that the woman freely and voluntarily knew the nature of the act.

False Accusations:  Because of the low threshold showing to file rape charges, it is not uncommon for children or their parents to leverage the system by falsely claiming rape allegations against a defendant.  Motivations made include revenge, financial, or former spouses attempt to gain full child custody in family law court.

Mistaken Identity: A substantial number of rape cases rest solely on the purported victim’s identification of the perpetrator. This raises concerns especially if there’s no corroborating evidence to support the accuser’s claim. Mistaken identification can be the product of several factors including, poor lighting, cross-racial identification, stress over the incident, memory recollection, and even improperly asking closed ended questions.

Insufficient Evidence: With a lack of physical or corroborating evidence, typically the prosecution is armed with only the version told by the purported victim. Consequently, the case turns on “he said she said” evidence. To an arguable extent, it may be insufficient, without more, for the prosecution to earn a conviction against you.

With such serious consequences, like those that result from a rape conviction, California has several scenarios and safeguards to avoid a wrongful conviction. Our office is comprised of highly experienced Orange County criminal defense attorneys up to date on the latest sex crime nuances and fight to ensure that your rights are protected. Contact us for a free and confidential case evaluation by give us a call or submitting a contact request through our website. 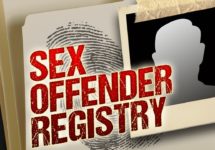 Explanation of your “Miranda Rights” in all Criminal Cases

A common misconception is that police must always admonish a suspect of their Miranda rights.  Rather, law enforcement is only mandated to advise a suspect…

California resisting arrest charges are among one of the leading crimes grossly exaggerated or embellished by police officers. Ordinarily, a person find themselves charged with…