Shoplifting was created under Penal Code 459.5 pc after the enactment of Proposition 47.[1] The newly imposed law reformed the burglary statute and made all thefts or attempts of a commercial stores a “shoplifting offense” rather than commercial burglary. Shoplifting is charged when someone enters a commercial store with the intent to commit a theft of property not exceeding $950. However, several exceptions apply to those who suffer from a super strike prior or who are convicted sex offenders.

Ordinarily, shoplifting is committed in conglomerate retail stores such as Nordstrom’s, apple, Costco, or grocery stores. It carries embarrassment after being publicly detained by store security and subsequently arrested or cited by police. Although shoplifting is considered a low-level offense, it can carry life-long consequences. Since it’s characterized as a crime of moral turpitude, it can carry adverse effects to anyone holding a professional license, those seeking U.S. Citizenship, or people with secret clearance. Therefore, if you’ve been arrested or cited for shoplifting, it’s important to retain an experienced Orange County shoplifting lawyer to represent your rights.

How the Prosecutor Proves Their Case

PC 459.5 requires the district attorney to prove each of the following elements beyond a reasonable doubt:

Notably, the prosecutor does not need to prove that you left the store without paying. However, there are several defenses available to cast doubt in the prosecutor’s case. Moreover, you may have harbored the intent to steal while you were already inside the store and not prior to entry.[2] Additionally, you may have intended to pay for the item(s) but the lost prevention officer over-exaggerated the circumstances and detained you. Furthermore, you accidently left the store without paying for the item. Indeed, the fact that it was accidental negates the notion that you harbored the intent to steal.

When a person is cited or arrested for shoplifting, police forward their reports and evidence to the district attorney for review. When appropriate, our office will contact the prosecuting agency prior to their decision to file charges in an effort to convince them to reject the case completely. Our office has been successful in obtaining rejections for clients facing immigration issue, adverse effects to a professional license, or employment. We typically submit a mitigation package consisting of character letters, award and certificates of achievement, so the prosecutor has a better understanding of the alleged offender. This ensures that the prosecutor considers all the circumstances and effects a criminal filing can have on our client’s lives.

Will a Shoplifting Citation go on my Record?

If you were arrested and booked for shoplifting, then a notation on your formal record will note that you were arrested. However, if the officer issued you a citation only, ordinarily that alone will not result in being noted on your record. But if the prosecutor ultimately files formal charges alleged in the citation, then the clerk of the court will transmit the filing to the department of justice. Consequently, your record will reflect that shoplifting charges have been filed against you.

If you have been cited or arrested for shoplifting under PC 459.5 or PC 488 in Orange County, then contact an experienced and respected Orange County criminal defense attorney at the Law Offices of John D. Rogers to schedule a free confidential case evaluation.

[1] (a) Notwithstanding Section 459, shoplifting is defined as entering a commercial establishment with intent to commit larceny while that establishment is open during regular business hours, where the value of the property that is taken or intended to be taken does not exceed nine hundred fifty dollars ($950). Any other entry into a commercial establishment with intent to commit larceny is burglary. Shoplifting shall be punished as a misdemeanor, except that a person with one or more prior convictions for an offense specified in clause (iv) of subparagraph (C) of paragraph (2) of subdivision (e) of Section 667 or for an offense requiring registration pursuant to subdivision (c) of Section 290 may be punished pursuant to subdivision (h) of Section 1170.

[2] However, the prosecutor could elect to charge you under Penal Code 488. 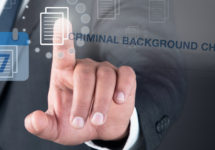 Under the Influence Charges in Orange County

Proving you were under the influence of a controlled substance can be more challenging than most would expect. Simply having police contact can cause someone…

Orange County is comprised of four courthouses that preside over criminal cases occurring throughout the county.  These courthouses hear cases ranging from theft, DUI, to…