In California, charges of attempted murder are often over-exaggerated by the government. Our legal team understands the urgency of your situation and zealously advocated for our clients. If you or a loved one has been accused or is under investigation for attempted murder, it is crucial to obtain the assistance of an experienced and respected Orange County attempted murder lawyer immediately.

We have defended hundreds of clients throughout Orange County against all forms of criminal charges, including murder, vehicular manslaughter, and other high-profile felony accusations. Our office understands the commitment and resources that are required to ensure an effective defense. 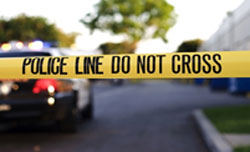 However, second-degree does not require any intent but a showing of reckless indifference. A skilled Orange County attempted murder lawyer may be able to argue for the lesser charge of attempted voluntary manslaughter if you were acting under the heat of passion after being reasonably provoked.

Attempted first-degree murder is punishable by up to life in prison. If the charge was against a police officer or firefighter, then a conviction carries 15 years to life. If the attempted murder was carried out for the benefit of a criminal street gang, then it carries an additional and consecutive sentence of 15 years to life. Attempted murder in the second-degree carries 5, 7, or 9 years in state prison.

A substantial number of robbery cases rest solely on a purported victim or witness’s questionable identification of the perpetrator. This raises concerns especially if there’s no corroborating evidence to support the witnesses’ claim. Mistaken identification can be the product of several factors including, poor lighting, cross-racial identification, stress over the incident, memory recollection, and even improperly asking closed-ended questions.

Charges of willful, deliberate, and premeditated attempted murder require the defendant to harbor the specific intent to kill another. Sometimes acts are the product of an accident or misfortune that do not have the ill-will as the government alleges. Alternatively, most defense lawyers may argue for the lesser offense of attempted murder with implied malice or attempted voluntary manslaughter which both carry less exposure if convicted.

Attempted murder requires a substantial step in furtherance of completing the murder. However, merely preparing is legally insufficient to meet the direct step element. This may not preclude you from other charges but may help in limiting your life sentence exposure.

Self-defense serves as an absolute defense or if you were acting in defending another from suffering bodily harm or death. Several cases involve this defense theory that law enforcement failed to investigate further. Several factors play a pivotal role in arguing a self-defense claim including, your relationship with the other, whether there was a deadly weapon involved, etc. This claim requires that you were acting “reasonably” under the circumstances. In other words, did you reasonably believe that harm was imminent?

The punishment associated with attempted is severe and could lead to a significant amount of state prison time.  If you or a loved one has been charged or is under investigation for attempted murder, it is necessary that you contact a respected and experienced Orange County Criminal Defense Lawyer immediately.

Our office has successfully defended attempted murder jury trials and has the knowledge and experience in mounting your defense. Contact our office for a free and confidential case evaluation, give us a call or submit a contact request on our website.